image goes here
Alvington : One of a series of small hamlets that grew up along the Roman military coast road that led from Newnham to Chepstow, Alvington was a manor by late Saxon times and in the Doomsday Book survey of 1086 it had in Lordship (i.e. under control of the Lord of the Manor) 2 ploughs; 12 villagers with 9 ploughs; they pay 20 looms of iron and 8 sesters of honey'. As with some other places in the Forest, Alvington was originally part of Herefordshire and it only became part of Gloucestershire in the 13th century when it was absorbed into the Bledisloe Hundred and made a separate parish.</p>&ltp&gtAt this time, the manor and much of the parish was owned by Llanthony Priory in Gloucester and Alvington Court, a 16th century Elizabethan house that lies east of the village along Court Lane was probably built on the site of an early grange of the Priory. The oldest building in the village is the Church of St Andrew, built by Llanthony Priory around 1140 at which time it was dedicated to St Mary. Its dedication was changed in 1523 and in 1858; the church was radically restored, losing much of its original stonework apart from one small Norman window in the chancel.</p>&ltp&gtAlvington is located on the lower slopes of the Severn escarpment, about 5 kilometres south-west of Lydney. It is bisected by the A48 trunk route. The village originally developed in a linear form along the main road. This part of the village is still characterised by older terraced properties along the A48. To the north of the A48, more recent development has taken place off Clanna Lane including an estate of over sixty houses. To the south-east of the main road, development occurred initially in the form of small cottages in large plots. Subsequently, a variety of bungalows and houses have been constructed in this area, although it still retains an open spacious character. The minor roads in this part of the village are generally unsuitable for additional traffic, and their junctions with the A48 are unsatisfactory. The majority of the village lies within a Conservation Area. For more information, please call us on the number shown, or click in the header of any page to email Alvington-forest-of-dean@villagewebsmith.co.uk.

Photo from Featured Project near Alvington
Congratulations to RSC Photography - ten years in business and moving forward
&ltp&gtI was privileged to be invited to the relaunch and celebration of the first ten years of RSC Photography. Celebrating because to do anything for ten years in the UK's financial climate, you have to be doing something right. Relaunching because RSC is now focusing (apologies for the pun) on sports and event photography.&ltbr />&ltbr /&gtThe venue for the event was one of the fabulous Thames Barges moored at Maldon Marina, where the next day, RSC Photography were heading to photograph the regatta, which is a great and very colourful event involving a wide variety of boats.&ltbr />&ltbr /&gtThe photograph shows Rob, Sarah and their daughter, Chloe getting the barge ready for visitors.</p>&ltp&gtThe other reason for relaunching was to publicise the new relationship between RSC Photography and the Village Websmith. Rob and Sarah are now helping small businesses in north Essex and Cambridgeshire to expose themselves more effectively on the Internet.&ltbr />&ltbr /&gtWith Rob's extensive commercial experience, Sarah's prowess with words and their shared photographic skills, the team is ideally placed to create and maintain web presences with real impact. Call us to talk over your business goals, or click in the header of any page to send an email and get the ball rolling for you.</p> 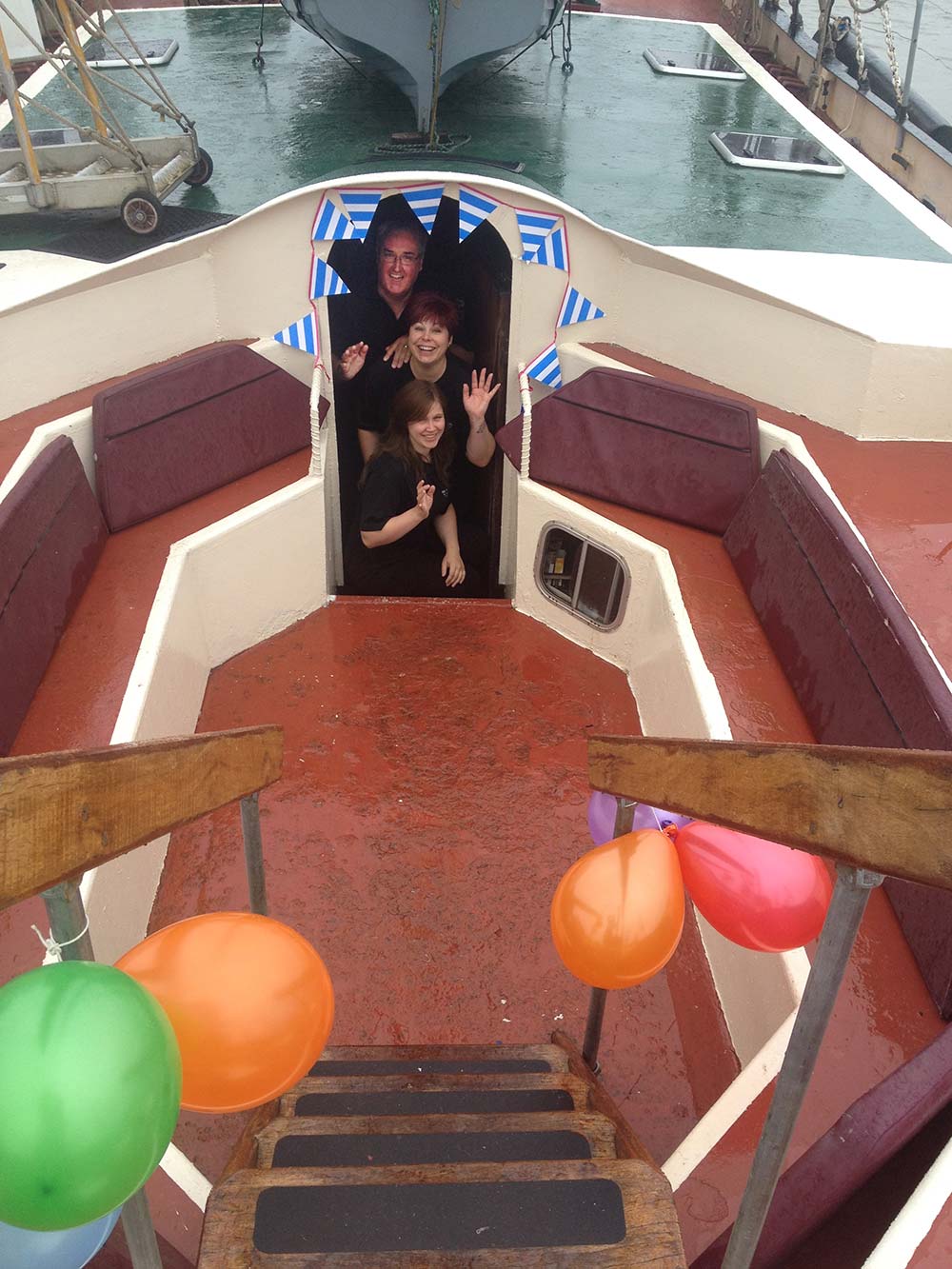