Dedicated to small businesses.
At the Village Websmith, we only work with small businesses. It is far simpler and much more rewarding. It is far easier to get information about what is good about a business when you are talking to the person who IS the business. We are proud to have helped hundreds of small business people expose themselves more effectively on the Internet since 2003.

Giving word of mouth a helping hand.
As do many small businesses, most of our customers are certain that Word Of Mouth Marketing is the best way to get business. We strongly agree. After all, that is how we get most of our work. However, there is no harm in giving WOMM a helping hand. That is how we see the web presence here at the Village Websmith. It is an easy way for your customers to share your business with their friends and family.

Easy, easy, easy!
The hallmark of all our work is that the experience for visitors is easy. Your information is expertly presented not only in the form of words used and the images associated, but just as importantly, in the places where people look and where they expect to find the information. Nothing gets hidden in unnecessary, distracting animations and the pages follow a stable, comfortable structure, developed with just your site in mind. The most important part is that it is also extremely easy for visitors to respond to you via your chosen communication channel. You choose the option that suits best your availability to handle the enquiries.

Like Baby Bear's Porridge
How customers perceive your business is fundamental in how they respond to it. An impoartant part of our job is to make customers look just the right size for everyone. Small enough to be cherished by existing customers but substantial and professional enough to reassure potential new customers. This is a delicate balance that is only achieved through decades of experience in creating web presences promoting small businesses.

Getting found can also help
With unique functions to associate what you do, for whom and where, Webinthebox® from The Village Websmith helps even the smallest business find its way to the forefront of search engine results. Come and visit us, we will be happy to show some examples of how this works. You will also find that it is explained in plain language and not Jargonese.

Last but not least
The subject of money in many cases can present a surprise. You will find the surprise a pleasant one when presented with your Village Websmith invoice. Your site is built using Webinthebox®, our own content management system, developed since 2003. This makes creation and customisation of sites very quick. As time is money, this leads to small, manageable bills.

Expand and achieve
As your business develops, your Webinthebox® site can develop with it. Options can be added at any time for: 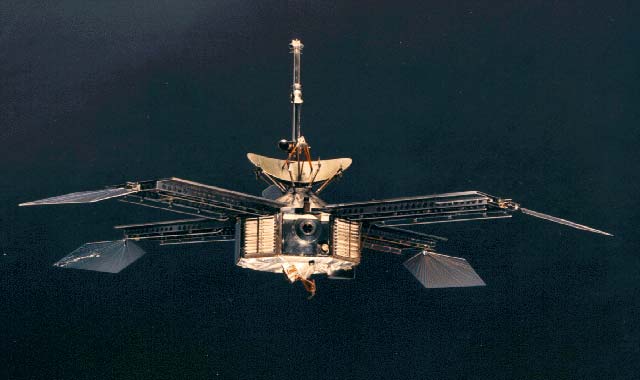 Thursday draws its name from the old English for thunder, a translation of a Latin name for Jupiter's Day.

On November 28th in 1964, NASA launched the Mariner 4 probe towards Mars. It was a Saturday rather than a Thursday. Personally I am surprised they didn't choose a Tuesday but that's just me being a sentimental old sausage.

The point is that this was the biggest step into the unknown ever taken by man. Nobody knew for definite that the probe would even get to its destination. The thrill of the unknown and the excitement of potential new knowledge were just irresistible to the scientists, so off it went. After nearly eight months of waiting, the reward was the first ever deep space photograph transmission of the surface of another planet. How good must that have felt?

On a smaller scale, the thrill of learning new things is one of the major benefits of being in business. Every day we can pick up something new and exciting. Promotion of a business is one area where you can always find something new, and it is the businesses that keep evolving and trying new angles that will prosper while others stagnate.

Today is a great day for looking somewhere new for customers. What about joining a new networking group? Word of mouth marketing is still the most powerful tool of all for spreading the word. At the Village Websmith, we foster the IN8 Networking groups. These differ greatly from most other business networking organisations in that there is no annual fee, no fixed meeting fee and no silly rules. Nobody puts any pressure on members to pass meaningless pieces of paper, members simply give and receive referrals when they are real and valuable.

Fancy giving it a try? To get information on your nearest group, call us on 0203 239 0350 or click in the header of any page to send an email. If there isn't one in your area, how about starting one? You will get all the help you need to bring people together to do more business. Tread boldly today!

Llandenny is well known for these attractions:

Llandenny is also close to our headquarters in Shirenewton, Monmouthshire, which helps us to maintain our policy of only working face to face with customers to make sure they get the best results quickly when writing the content for their web sites. This is a much quicker method of establishing what aspects of a business are the most promotable and getting the order of things. So, if you have a small business in Llandenny, just get in touch with the Village Websmith and experience the difference of truly personal web design for yourself. For more information, please call us on the number shown, or click in the header of any page to email Llandenny-s-wales@villagewebsmith.co.uk.

The only cookies that our site will place are for strictly functional purposes like identifying your broad geographical area to ensure accurate local informattion, and to retain the contents of a shopping basket if one is used.
Use of cookies. Mouse over here for details.

Use of cookies on this web site: Neil Hesman T/A The Village Websmith collects no personally identifiable data in cookies. However, a number of social media and search engine companies place tracking cookies without our consent or co-operation. If you wish to avoid tracking, please read our cookies policy, where you will find links to resources that will help you set your browser accordingly.