The only cookies that our site will place are for strictly functional purposes like identifying your broad geographical area to ensure accurate local informattion, and to retain the contents of a shopping basket if one is used.
Home
'Blog
Calendar
Testimonials
Special Offers
Open SEO
Pay Per Enquiry
Contact
Contact Details
Data Protection
Photo Gallery
Affiliate Programme

image goes here
Aylburton is a small village on the A48 road, just south of Lydney. The village of Aylburton has a population of about 650.

The village boasts a fine 14th century preaching cross in a central position. Not far away from this is the Aylburton Methodist Church.

The "old hospital" at Upper High Street, now a private house, was founded early in the 1900's by Bertha, Lady Bledisloe of Lydney Park and later developed into the Lydney and District Hospital at Gove Road, Lydney.

The Aylburton Memorial Hall commemorates the village's fallen in two World Wars and was completed in 1922. St. Mary's - St. Mary's Church, although erected as late as 1857 incorporates much of the original 14th century fabric having been moves stone by stone from Chapel Hill, behind the village, at that time. The 15th century pulpit is one of only sixty left in England today. For more information, please call us on the number shown, or click in the header of any page to email Aylburton-forest-of-dean@villagewebsmith.co.uk.

Photo from Featured Project near Aylburton
Big Brother is watching us all - except for the culprits...

So here we stand, six days into the Brave New World of GDPR. Has a lot changed? Not really. My mailbox is still full of the same old promotional emails from the same old people. I still get the same types of spam messages, emanating from Russia, Vietnam, China and anywhere else.

What the bureaucrats never seem to get into their thick skulls is that when people are breaking existing laws, the introduction of new ones is not going to make a blind bit of difference to the culprits. All it will do, has done and is doing, is to make it more difficult for the law-abiding to comply.

I am sure that the ICO will proudly go about blowing its own trumpet, citing the number of decent, honest business people it has criminalised in recent time, while the giant corporations who squander our details willy-nilly via the cloud will sail majestically on, untroubled by little John Bull and his sabre-waving.

Criminal elements will continue to capitalise on this laxity by gleefully hoovering up all the spilt data and putting it to their own use. Thiefbots will continue to scour the internet looking for innocent security oversights and stealing personal information for identity theft activities while the authorities turn a blind eye to those big enough to defend themselves legally, or devious enough to make their detection difficult.

In short, we have been told a pack of lies as usual by those who cling desperately to power, who feel that holding a post is more important than performing its duties. We have been sold a pup in the form of ill conceived, badly thought through, hastily cobbled together legislation that does nothing to address the real issues, just gives the government another licence to print money, wrested from the hands of decent people whose shoes they are not fit to clean.

IN the last eleven months of working on this aspect, I thank all our customers who took the initiative and upgraded their sites to show policies that comply with the new legislation, and look forward to meeting the new ones, whose sites will comply from day one. For those not yet compliant, it is still not too late, and could save a good deal of time, trouble and cost in future, so if you would like to talk it over, feel free to call at any time or send an email. 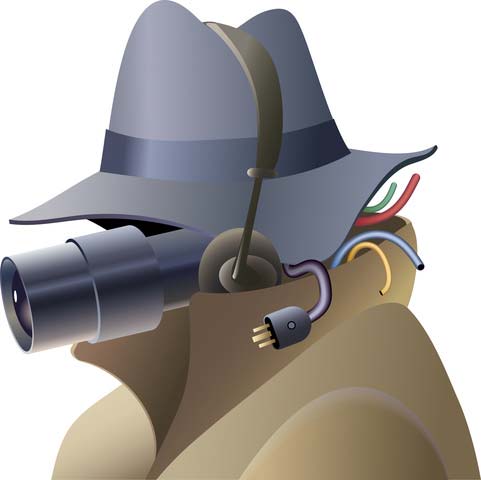