image goes here
Brockweir is a small but attractive village located alongside the River Wye, where there used to be a boat building industry. It is reported that vessels up to 90 tonnes could reach this point from the sea, where their cargoes were transferred to shallow barges and hauled up the river by teams of men.

In front of the Quay House there is a screw and shaft (a propelling mechanism)which is reputed to have come from the Belle Marie, which in 1914 became the last boat to sail to Brockweir.

Built in Gloucester in 1860 it was Brockweir's 'market boat' and carried local produce to Bristol on a weekly basis between 1898-1912.

Before the cast iron road bridge was built in 1904-6, only one narrow road led into the village and access was usually achieved by water, with a ferry-taking travelers to and from the Welsh bank.

Many of the buildings had river connections, acting as warehouses and although today only one public house remains, there were once 16 inns to satisfy the demands of locals, watermen and shipbuilders!

Other interesting buildings include the 16th century Manor House (which stands facing the bridge), the 19th century Moravian Chapel (with its Gothic Windows, Art Nouveau glass and a bellcote) and the Old Malt House (which has a fine Tudor-arched stone doorway).

During World War 2, Brockweir and its bridge had a narrow escape when a Wellington bomber, returning from a mission to France, crashed just upstream of the bridge after its crew had safely baled out. For more information, please call us on the number shown, or click in the header of any page to email Brockweir-forest-of-dean@villagewebsmith.co.uk.

Our office has been shared between websmithery and race bike maintenance for some time now, but since April has also been a greenhouse, where there have been chilli plants steadily growing on the window sills.

This is the first chilli of our harvest, and is headed for my dinner tonight. The plan is to use some fresh and make chilli jam out of the remainder, so visitors to the office will be invited to sample the same with cheese and crackers. All business people are welcome, and you can walk in with an idea, walk out with a web site as well, making your visit as multi-purpose as our office.

Call us on the number shown above or click in the header of any page to send us an email and let us know when you are coming. 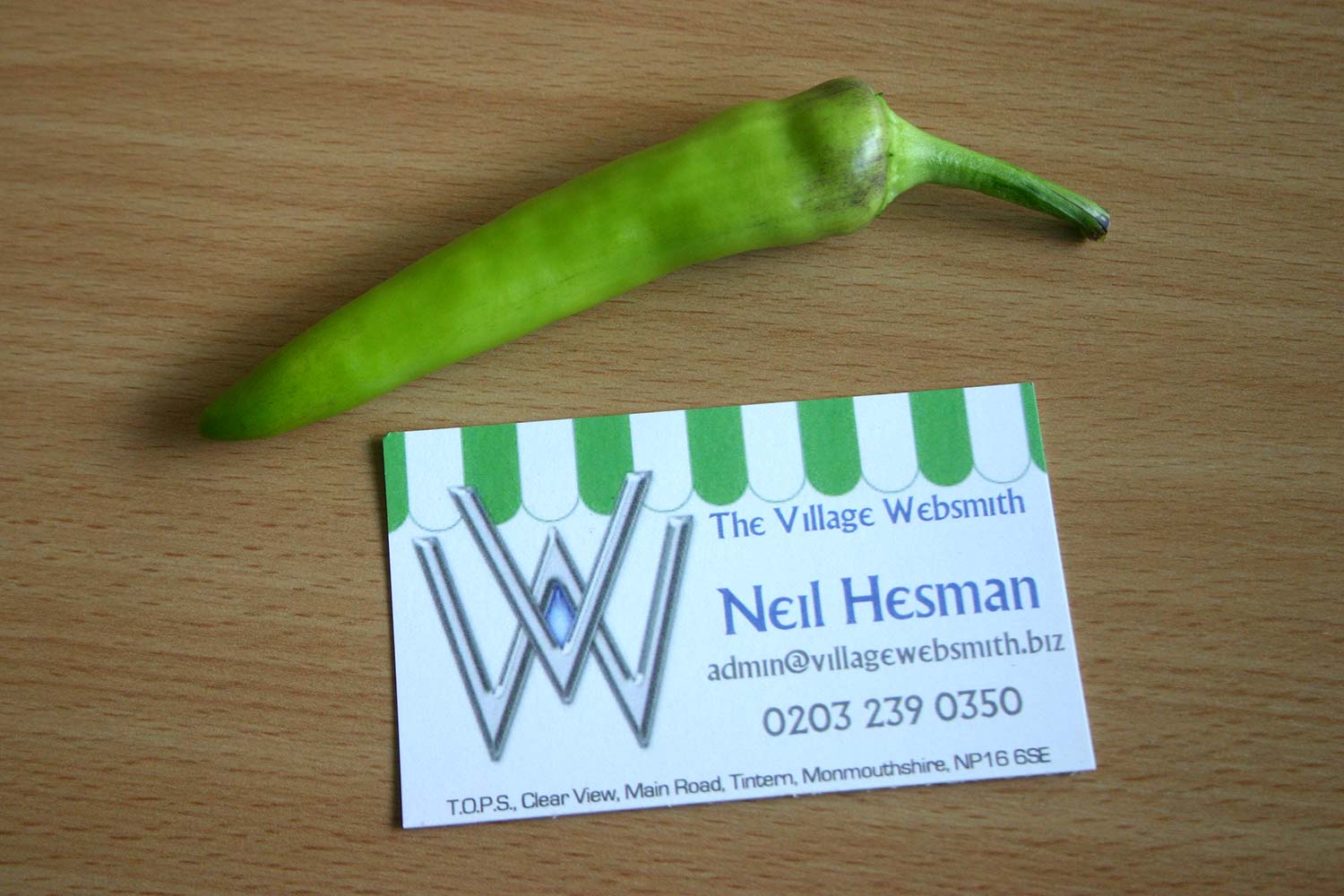