The only cookies that our site will place are for strictly functional purposes like identifying your broad geographical area to ensure accurate local informattion, and to retain the contents of a shopping basket if one is used.
Home
@1st Site
'Blog
Calendar
Testimonials
Special Offers
Pay Per Enquiry
Open SEO
Contact
Contact Details
Data Protection
Photo Gallery
Affiliate Programme

image goes here
Lydbrook is a large village situated on the western edge of the Forest of Dean and adjacent to the Wye Valley. Many of the village houses are high on the valley hillsides. The Lydbrook valley was once the site of a thriving tinplate works, opened in 1871 and closed in 1925. The village also housed the large cable works factory built in 1912 by H. W. Smith & Co. The works supplied a vast quantity of field telephone cable during the First World War. The old railway, built in 1872 ran high along the hillside, and then crossed the valley on a huge viaduct on 90ft high stone piers. The viaduct was finally demolished in 1969. Without the heavy industry, the village is now a tranquil backwater. Lydbrook became established thanks to its deep valley, running down to the Wye from the central Forest. It offered a source of power (running water), close proximity to materials such as wood, stone and iron ore and also good communications and transport via the Wye. A mill existed at Lydbrook ViaductLydbrook as early as 1282 by the late 15th century, there were three forges, a lime kiln a tinplate works and a wire-works. It became the principle coal port on the Wye from which Forest coal was shipped to Ross and Hereford. Despite the fact that for most of its history Lydbrook has been a hive of industrial activity, surprisingly little of this remains to be seen. The Forge Hammer Inn (currently closed) recalls the village's past along with a row of former dockworkers cottages at the foot of the valley near the river. There is a group of lime kilns in the lane above the Royal Spring Inn and the King's Howarth Furnace, albeit in greatly changed form also remains. Most notable however are the abutments of the Severn & Wye Railway Viaduct, which was built in 1872 to carry a branch railway line from Cinderford, a major feat of 19th century engineering. For more information, please call us on the number shown, or click in the header of any page to email Lydbrook-forest-of-dean@villagewebsmith.co.uk.

Photo from Featured Project near Lydbrook

Monday is MOJO Day here. The day that we suggest ways to focus on what is truly great about your business and yourself, then make sure that everyone knows about it.

On this day in 1984, Band Aid recorded "Do They Know it's Christmas" and released it just four days later. For 12 years it held the record as the biggest selling record in British chart history. The band's MOJO was that they cared very strongly about a crisis in Ethiopia, where the famine was killing people at an nprecedented rate.

The band comprised 36 musicians from widely varying backgrounds and musical styles, drawn together by a desire to help and the charismatic appeal of Bob Geldof and Midge Ure. A truly amazing achievement.

I'm not suggesting that anyone should go out and record a single, merely using this as an example of getting people to recognise your MOJO and become enthused.

In a smaller scale, enthusiasm for your business is infectious, so today, have a think about how you present what you do. The language that you use when talking about business, is it easily accessible for those not necessarily in the know? Does it convey the joy that what you do can bring to customers? Does it touch their 'Hot Button'?

So many websites have content that is a series of statements that don't add up to a differentiator. What can people get from you that they can't get elsewhere? Why should they pick up the phone and call you first? Take a good look and put yourself in their shoes then make a positive change to your message. Make your MOJO shine through, not only on your website, but in every piece of paperwork, signage and every conversation. Enthuse yourself first and others will follow.

Over the years, hundreds of Village Websmith customers have been helped to identify their MOJO, put it into a powerful message, then get it seen by potential new customers. Call us today on 0203 239 0350 or click in the header of any page to email us and get your MOJO working. 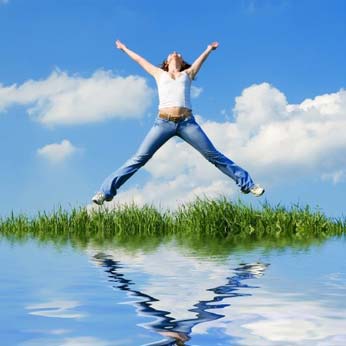